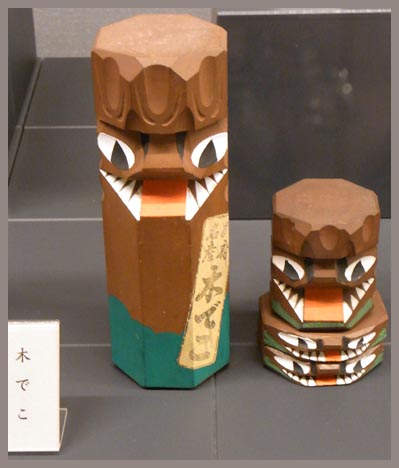 An amulet to ward off evil.

During the times of the War against Korea by 豊臣秀吉 Toyotomi Hideyoshi, the Lord of Ootomo 大友宗麟 Otomo Sorin had them made to ward off bad luck. Therefore they are also called
Ootomo ningyoo 大友人形 Otomo dolls.
A stem of wood is cut with six or eight corners and a demon face carved into it. A red tongue is sticking out.
It is said to resemble the deity who protected Korean soldiers, 天下大将軍 Tenka Taishogun, which Lord Otomo has seen in Korea.
He had some wooden stems planted along the road as a kind of 道祖神 Dosojin, wayside deities. 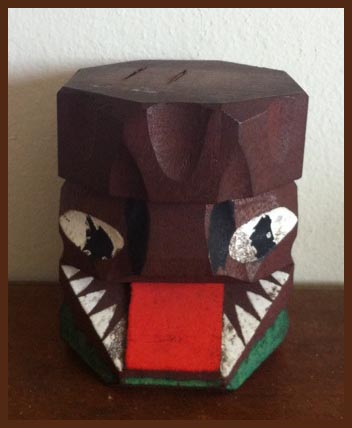 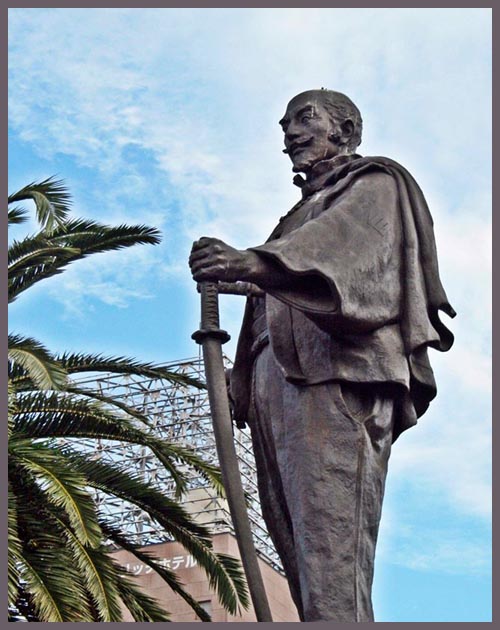 also known as
Fujiwara no Yoshishige (藤原義鎮) and Ōtomo Yoshishige (大友義鎮),
was a Japanese feudal lord (daimyo) of the Ōtomo clan, one of the few to have converted to Christianity. The eldest son of Ōtomo Yoshiaki, he inherited the Funai Domain, on Kyūshū, Japan's southernmost main island, from his father. He is perhaps most significant for having appealed to Toyotomi Hideyoshi to intervene in Kyūshū against the Shimazu clan, thus spurring Hideyoshi's Kyūshū Campaign of 1587.

In addition to unifying much of Kyūshū under his control, and securing a significant gain in his clan's power and prestige therefore, Sōrin is also quite significant as one of the daimyo to meet personally, in 1551, with the Jesuit missionary Francis Xavier, one of the first Europeans in Japan. Though he later formally converted to Christianity, it is likely that Sōrin saw this as a strategic move, politically, and was not religiously motivated towards this position. Referred to as the "King of Bungo" in the Jesuit records, Sōrin sent political delegations to Goa in the 1550s, and the Tenshō embassy to Rome in 1582. 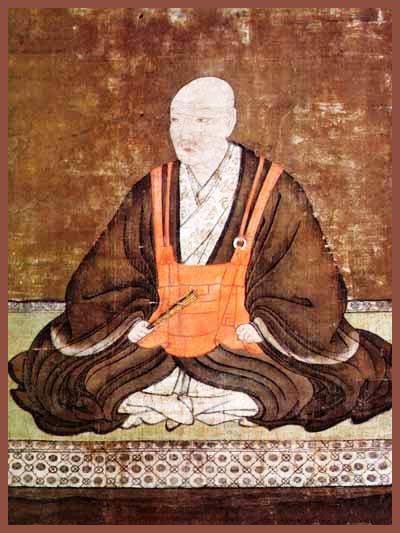 In 1562, Yoshishige adopted the name Kyuuan Soorin 休庵宗麟  "Kyuan Sōrin" upon becoming a Buddhist monk, but remains best known as Ōtomo Sōrin, despite converting to Christianity under the baptismal name Francisco in 1578. He then turned against the Mōri and Shimazu clans, who dominated most of Kyūshū.
snip
Towards the end of his life, Sōrin came into conflict with the Shimazu family, the only major daimyo family remaining in control of significant portions of Kyūshū. Along with the daimyo of the Ryūzōji clan, he appealed to Toyotomi Hideyoshi to aid in holding back the Shimazu, who were beginning to extend their influence over Ōtomo and Ryūzōji lands. Though at first unsuccessful in enlisting Hideyoshi's aid, eventually the Shimazu took up arms against the Ōtomo, defeated Sōrin in the Battle of Mimigawa and others, and in 1587, Hideyoshi began his Kyūshū Campaign, in which he overtook the entire island, with the help of the Ōtomo and other families which voluntarily entered his service.
Within roughly a year of his arrival,
Hideyoshi left Kyūshū, restoring the Ōtomo to their domains, taken from them by the Shimazu, and arranging a peace, with all three families officially subject to Hideyoshi and holding the domains, now officially Toyotomi lands, in trust. Ōtomo Sōrin died before this campaign was complete, and so it was his son, Ōtomo Yoshimune, who held the ancestral lands upon the defeat of the Shimazu.
- - - More in the WIKIPEDIA ! 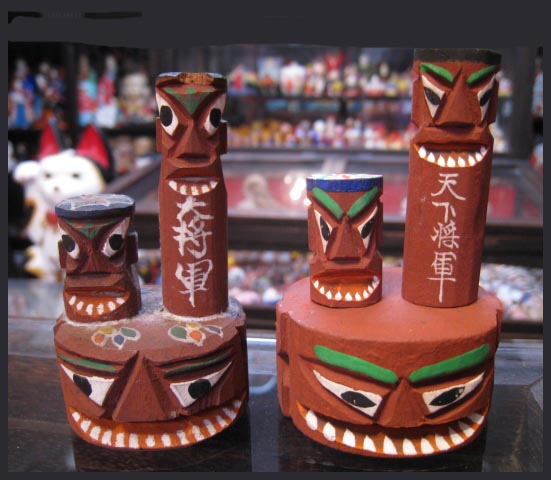 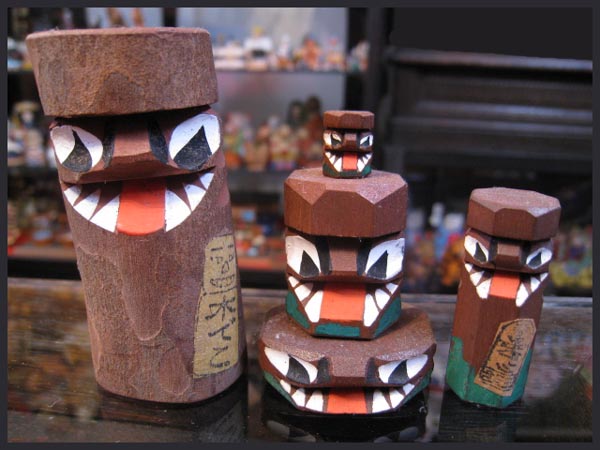 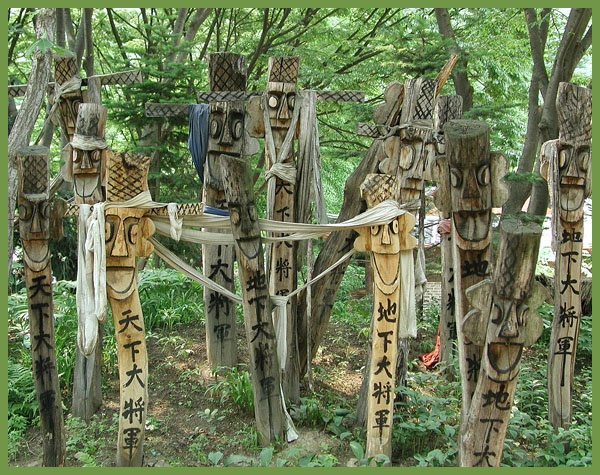 - quote -
A jangseung or village guardian is a Korean totem pole usually made of wood. Jangseungs were traditionally placed at the edges of villages to mark for village boundaries and frighten away demons. They were also worshipped as village tutelary deities.
In the southern regions of Jeolla, Chungcheong, and Gyeongsang, jangseungs are also referred to as beopsu or beoksu, a variation of boksa (복사/卜師), meaning a male shaman.

In the Jeolla region,
jangseungs are often made of stone bearing some resemblance to the dolhareubangs of Jeju Island.
- - - More in the WIKIPEDIA !