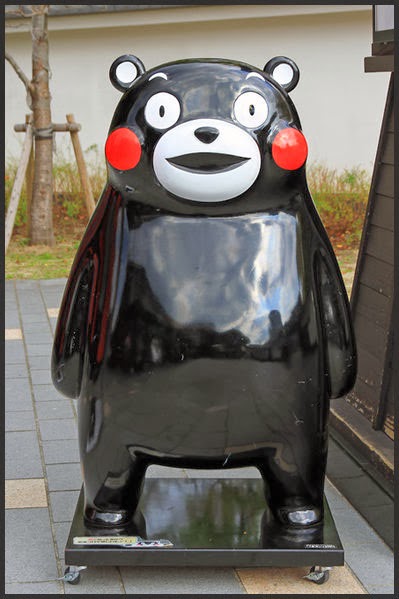 quote
Kumamon (くまモン)
is a mascot created by the government of Kumamoto Prefecture, Japan. He was first created in 2010 for a campaign called Kumamoto Surprise (くまもとサプライズ, Kumamoto Sapuraizu) to draw tourists to the region after the Kyushu Shinkansen line opened.
Kumamon subsequently became nationally popular, and in late 2011 he won a nationwide vote of other mascots, collectively known as yuru-kyara (ゆるキャラ), garnering over 280 thousand votes.
... It is believed that Kumamon's cute appearance and comical movements contribute to his popularity, which was waning before a redesign and his entry into the contest.
© More in the WIKIPEDIA !

It has been discovered that Kumamon is not really a bear. People first started suspecting the bear was not genuine when it was revealed that he was not from Kumamoto Prefecture and that, in fact, he came from Hiroshima.

Born in March 2010 and employed to help promote tourism to the mountainous Kyushu prefecture, Kumamon has been the most successful character in Japan’s yuru-kyara (soft character) boom.

He was celebrated as a bear genius, appearing in YouTube videos and dancing for the Emperor and Empress. The phenom used his power of cute to amass a Twitter fan base of 300,000 followers, and his star appeal won him praise, seeing him lauded as Japan’s modern-day state-of-the-art Ursa Major.

The mascot’s barely-a-bear black figure is pear-shaped. He has wide white eyes and fire-engine-red cheeks. His overall figure has been described as “doughy.” Like most yuru-kyara in Japan, people wouldn’t know he was a bear if they hadn’t been told. When every character imaginable has already been imagined, it’s no wonder new icons look nothing like real animals; the idea is to invent new ones.

The mascot’s name was derived from the first kanji of the prefecture name, kuma, which means bear. So endearing is the mammal, you’d expect to find him donning ice skates and touring with a holiday show on ice.
- source : www.japantimes.co.jp - March 2014 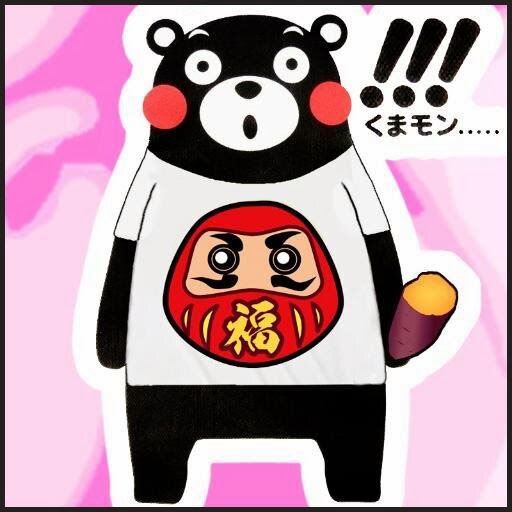 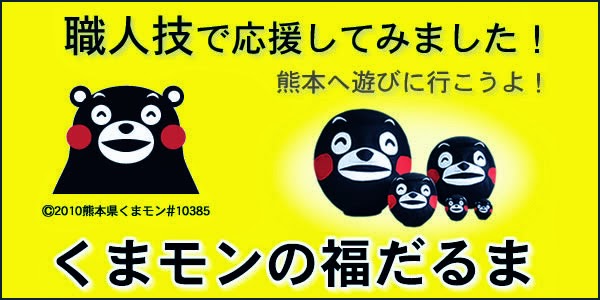 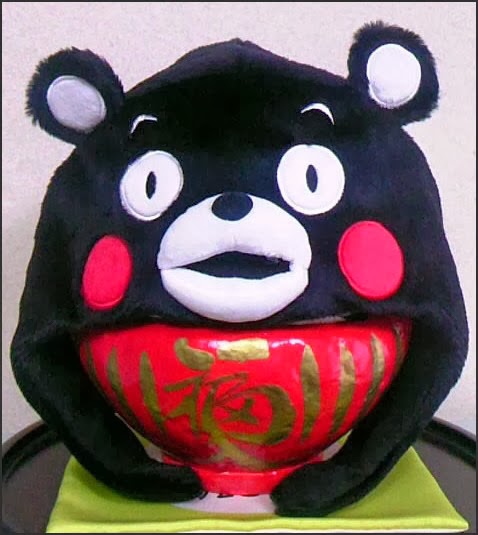 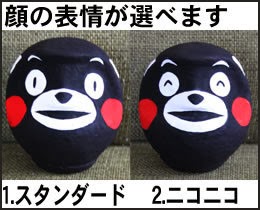 
- quote -
The 2016 Kumamoto earthquakes (Japanese: 平成28年熊本地震 Heisei 28-nen Kumamoto jishin)
are a series of earthquakes, including a magnitude 7.0 mainshock which struck at 01:25 JST on April 16, 2016 (16:25 UTC on April 15) beneath Kumamoto City
... The two earthquakes killed at least 50 people and injured about 3,000 others in total. Severe damage occurred in Kumamoto and Ōita Prefectures, with numerous structures collapsing and catching fire. More than 44,000 people were evacuated from their homes due to the disaster.
... Kumamoto Castle, another Important Cultural Property sustained damage to its roof and exterior buildings and walls because of the earthquakes and associated aftershocks. Several of the castle's shachihoko ornaments were destroyed, and a large number of kawara tiles also fell from the roof. ...
- - - More in the WIKIPEDIA ! 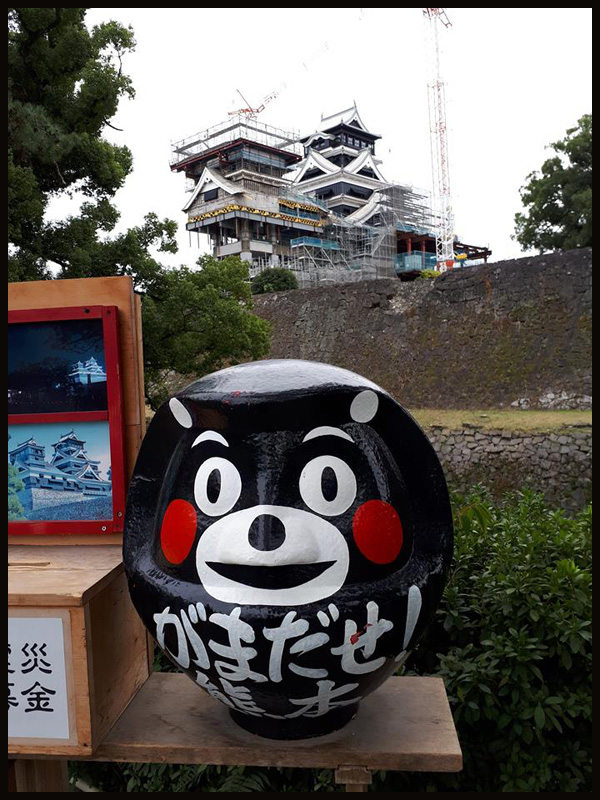 Kumamon is active in promoting the reconstruction of the castle. - 2018